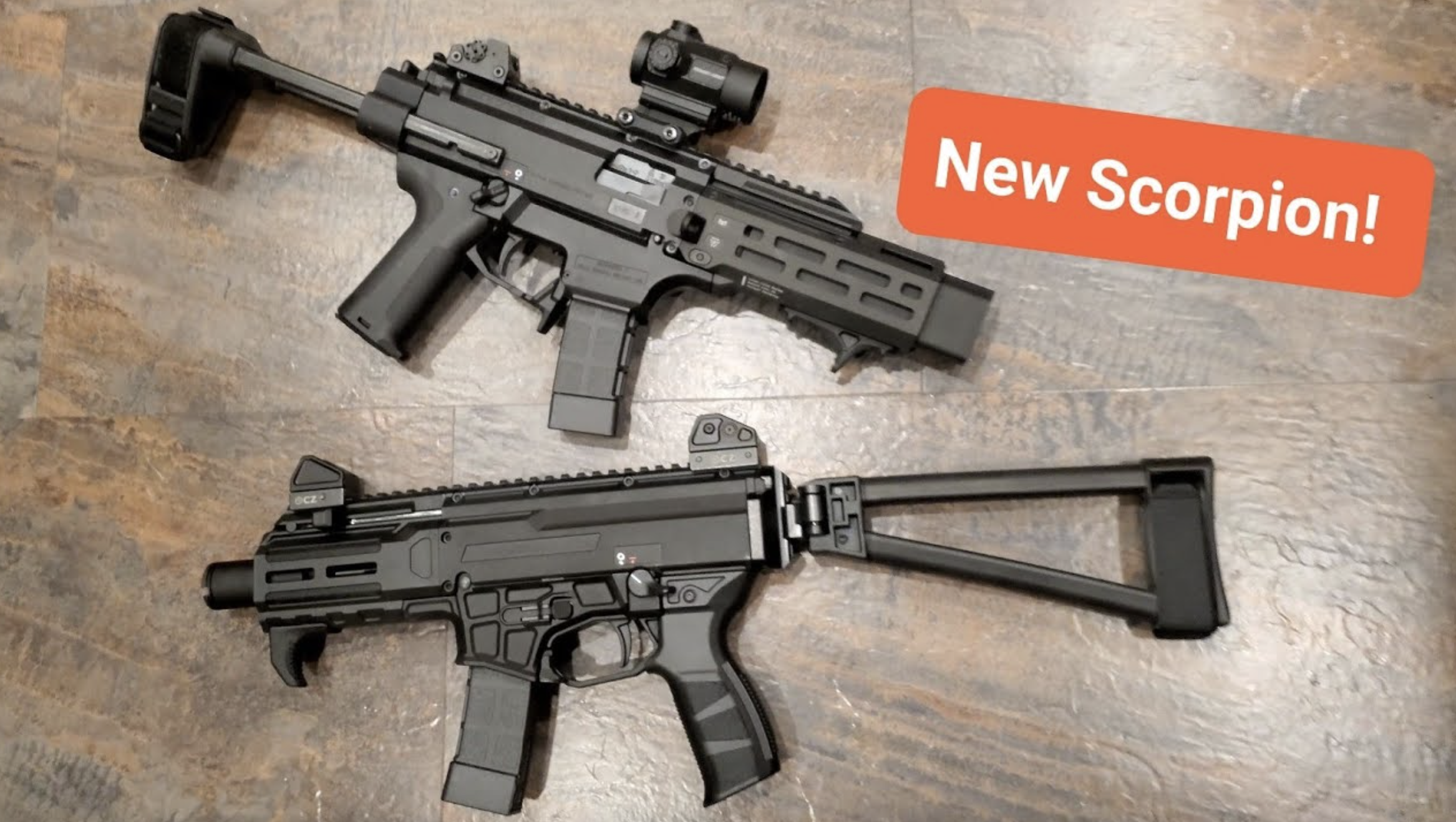 The popular weapons manufacturer has recently launched the CZ Scorpion 3 plus and it’s already made some waves on social media. At just a shade under 1300 bucks, it’s a gun with a hefty price tag, but the question is – does it justify the cost?

Well, at first glance, the manufacturer has stayed loyal to much of the design that has proven so popular with people across America, but with some interesting and welcome modifications.

The Main Differences With the CZ Scorpion 3 Plus

If you’re the owner of one of this gun’s CZ Scorpion predecessors, you will see that the overall look of the gun is quite similar. That is until you start looking at the details, which show that a number of helpful design changes have been made, like:

The only moving part that isn’t ambidextrous on this great-looking gun is the charging handle, so it’s a great choice for both right and left-handers.

One of the drawbacks of the predecessor of the CZ Scorpion 3 Plus was their low sights that made comfortable firing tricky and a number of aftermarket additions would need to be made to get it to the required standard. Not so with the 3 Plus.

After clearly having listened to feedback from customers, they’ve fixed all the niggling issues that were being talked about. Now, it’s pretty much ready to do out of the box.

Any Negatives to Report?

No product is ever 100% perfect in every way and the Scorpion 3 Plus is no different. Firstly, there’s nowhere to put a sling on this gun, which is a bit of an issue if you’re carrying it for hours at a time. There are solutions to the problem that allow you to go ‘hands off’, but CZ hasn’t made the job very easy.

Also, your old Scorpion mags will not fit the Scorpion 3, due to a change in the mag catch position. Weirdly, the new AR-15 style mags fit the old Scorpions, but that’s not the case the other way around.

What you’ve got in the CZ Scorpion 3 Plus is a weapon that’s built upon the huge success of its predecessor and one that’s ironed out many of the problems it has experienced in the past.

With a retail price of $1,299 or thereabouts, it’s a significant investment – so is it worth it? Despite there being many cheaper options out there, we’d say yes, as this is very much a high-end, high-quality gun.

Are there still a few niggles? Honestly, yes, a couple, but they’re very minor, as most longstanding issues have been dealt with in this latest iteration from CZ.

This is a top-quality option that’s well-made, reliable and high performing, so it’s understandable why it’s in its current price bracket. All in all, however, it’s worth the money – something that you’ll undoubtedly find out the moment you unbox it yourself.