Phillip Dennis Ivey Jr., or Phil Ivey, is a professional poker player who is believed by many to be one of the greatest poker players of all time, and for good reason. He has had an amazing poker career, roped in winnings amounting to a legitimate fortune, and was indicated to the Poker Hall of Fame in 2017. He has competed in pro tournaments, one-off high-stakes games, charity competitions, and games at top online poker sites. 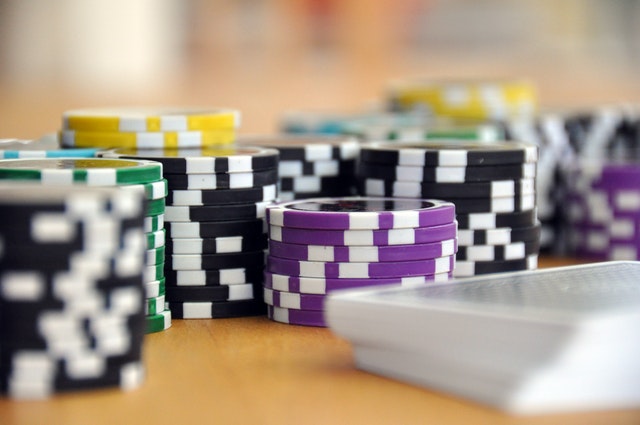 Ivey has also had a few controversies over the years, most notably when he lost some $10 million in what the Washington Post detailed as an “edge-sorting” scandal (wherein Ivey won baccarat games through a technique that was later deemed to be cheating). Despite this sort of setback though, Ivey remains so dominant at poker that a recent run of success led his own peers (including fellow great Daniel Negreanu) to take to Twitter in reverence.

Let’s take a closer look at the life and career of poker’s modern-day icon.

Early Life
Phil Ivey was born February 1, 1977, and began playing poker as a child. This famously led to his taking the game quite seriously as a teenager. At this point, Ivey dove into more competitive poker against his telemarketing coworkers in New Brunswick, New Jersey. He also successfully (if illegally) snuck into games at the Atlantic City casinos with false identification. This now-infamous gimmick by a young Ivey led to his early seasoning in the game, so to speak, and clearly laid the groundwork for the sensational career that was to follow.

Poker Career
We don’t have an exact date for when Ivey “turned pro” in poker. However, it was in winning three bracelets at the World Series of Poker in 2002 (at just 25 years of age) that he earned himself the nickname, “The Phenom.” Ivey was ultimately able to win 10 of these bracelets by age 32 –– which unsurprisingly made him the youngest to reach the threshold. Along the way, Ivey also won the 2008 LA Poker Classic, which netted him an all-important (for a poker pro’s resume) World Poker Tour championship.

The minimum age requirement to be inducted into the Poker Hall of Fame is 40, so Ivey had to wait a few years after his initial wave of accomplishments to earn the honor. But if that age requirement weren’t in place, there’s every good reason he could have been a Hall of Famer at age 32.

Notably, Ivey didn’t only find success at public professional tournaments, either. A biographical write-up on Phil Ivey at Poker.org notes that he was also a dominant player (and brand ambassador) at the non-defunct Full Tilt Poker platform online. Unfortunately this platform was ultimately shut down by the U.S. Department of Justice, and Ivey and other associated pros jumped ship. But for a while there (he was sponsored by Full Tilt from 2005-2011), Ivey was imposing his will on the internet poker world as well.

Career Earnings
To know any professional poker player’s career earnings with certainty is difficult, if not impossible. We don’t always know, for instance, what Phil Hellmuth might have earned in an underground game the week before a major tournament –– or what Daniel Negreanu might rake in playing the occasional game online. We also aren’t always clear on what these players are being paid to wear different sponsorship patches, or endorse poker-related products online.

With that said, the common estimation for Ivey’s net worth as of this writing is $100 million. That’s a pretty extraordinary number even for a vaunted poker pro, and is further evidence that he’s about the best there’s ever been.

Recent Activity
From those scrappy days as an underage casino player to now, all evidence points to Ivey as an industrious sort. Accordingly, he’s working on more than just his poker game these days –– and has specifically taken an interested in launching projects in virtual worlds. A summary of “The Phil Ivey Golden Ticket NFT” at NFT Evening documents that last summer, Ivey teamed up with the Binance NFT marketplace and Virtue Poker to create a non-fungible token with his name on it. The “Phil Ivey Golden Ticket NFT” was bid on in July, with the winner earning the collectible, a choice of charity to receive $50,000, and the opportunity to play with Ivey and other pros.

Phil Ivey has shown other poker players and frankly all the rest of us that with practice and perseverance, there are no limits on achievement. We hope you’ve enjoyed learning a bit more about him, and for more articles like this one, please check out our “Net Worth” section.