Private space companies actively deploy their satellite constellations for a variety of purposes —Earth observation, navigation, and, of course, the Internet. It’s no big secret that SpaceX’s Starlink is the obvious leader in the number of satellites already deployed, but other companies have been prepared to compete with Elon Musk’s giant from the early days of private Internet constellations. One of those early birds is a UK-based company OneWeb. Below, we try to answer the question — what is the difference between Starlink and OneWeb? More importantly, are there any other providers? Read on for a detailed OneWeb vs Starlink comparison. 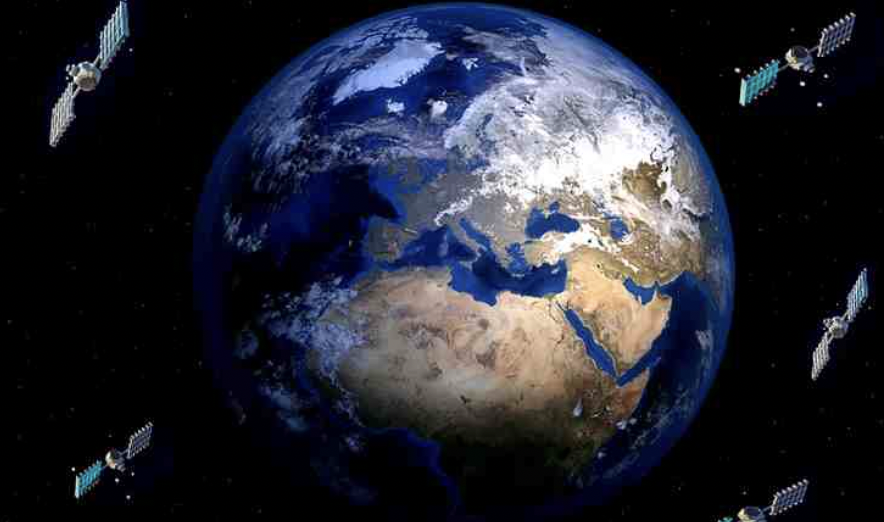 The primary difference between OneWeb and Starlink is that the UK operator plans to offer its services to other companies rather than individual users. So, whereas Starlink targets a business-to-client model familiar to each one of us, OneWeb will work in the business-to-business segment, selling its services to other Internet of Things providers.

A focus on different market models explains a stellar difference in pricing, too. OneWeb plans to charge its customer somewhere between $1,000 and $1,500 a month. But, of course, for the actual end-user, the monthly cost will be way lower than that because, in the case of OneWeb, other IoT companies will be charging the final user.

Starlink plans to sell its Internet directly to consumers for $99 a month. Plus, all new, first-time users will also have to pay a single fee of another $99 for terminal activation. Each Starlink user will need a terminal to receive Internet signals — something that the OneWeb Internet model does not presuppose.

Starlink is already available in northern latitudes in the US and Canada, as well as a range of European countries. So far, Internet speed differs from 50Mb/s to 150Mb/s speed with latency from 20ms to 40ms in most locations. How fast will Starlink be eventually? According to Orbital Today, the company soon plans to double its maximum speed to 300 Mb/s.

What about its UK competitor — is OneWeb Internet available? While this company has already deployed a few hundred satellites, OneWeb’s full constellation will not be operational until late 2023. When it’s ready, OneWeb plans to offer 150Mb/s upload speed, with a download speed potentially higher. One of its previous tests has shown an impressive 400 Mb/s in 2019, so in terms of speed provided difference between OneWeb vs Starlink should not be conspicuous to the users.

When we consider the number of satellites launched, Starlink will surely be a larger, more impressive network. Back in 2018, when the first Starlink launches began, the plan was for 12,000 satellites. Later, the company applied for permission to launch another 30,000. So, eventually, the Starlink constellation will feature a total of 42,000 devices. At the moment, Starlink has already launched almost five thousand of its planned forty-two.

OneWeb has more moderate goals, planning to launch just 7,000 satellites, out of which a bit over 400 are already in orbit. Despite such a gap in numbers, both providers ensure practically the same connectivity speeds, with OneWeb satellites operating higher than those of Starlink. OneWeb constellation will be deployed at 1,200 kilometres altitude, while SpaceX already has its spacecraft operating at 550 kilometres. Eventually, this may result in a slightly higher latency rate for OneWeb; however, for the actual Internet users, this latency should not cause any inconvenience.

Starlink vs OneWeb vs Kuiper vs Other Offers

Of course, Starlink and OneWeb are not the only contestants for the title of global internet provider. Another promising constellation we look forward to comes from Amazon. Project Kuiper is another ambitious undertaking with a total of 3,236 satellites planned to ensure 400 Mb/s connectivity speed. It is not yet certain when this constellation will become available but considering the Amazon founder’s determination in pursuing his space objectives, we are certain to see Kuiper implemented one day.

But even this is not the only offer in the emerging satellite internet market. Besides OneWeb, Starlink, and Kupier, there is Viasat which already has almost 600,00 subscribers and ensures 100 Mb/s speeds. Canadian telecommunications company TeleSat also plans to offer space internet by 2024. Even China is already building its Internet constellation, while the EU is still considering the possibility of deploying one for itself.

Considering how many new companies emerge in this new niche, a logical question arises — will there be room enough for all? Experts are certain that there will be because this market is too large for just one company to dominate. We, in the meantime, will have to wait and see which provider will become the new market leader.